ATHENS
BOOK NOW
ATHENS (ALIMOS - LAGONISSI)
Athens is a well-known and popular destination, and rightly so. It is a city that has been inhabited since prehistoric times, and for this reason it has a wealth of monuments of all historic periods, such as ancient temples, Christian temples, 19th-century mansions, to name the most prominent visitor attractions. But in Athens there are many hidden treasures waiting for the visitor to discover them at his every step in the city.
The city also has a rich cultural movement. Theaters, cinemas, cultural centers, parks make it more appealing for audiences of different ages and interests to visit the city.
Moving around the city is easy with all public transport means, such as metro, tram and bus, and taxis that are numerous, easy to find and inexpensive.
Do not forget that Athens is a city with a seafront. You can find so many beautiful beaches throughout Attica, but we prefer the Athenian Riviera with plenty of sandy beaches, organized or not, with easy access. Geo Hospitality accommodations are located in the South Suburbs, one step from the Athenian Riviera and its beaches. Alimos and Lagonissi are areas that Athenians used to build their country houses to spend the summers in the previous century, and even today these suburbs maintain this character of relax, with quiet streets and detached houses with beautiful gardens.
Sightseeing 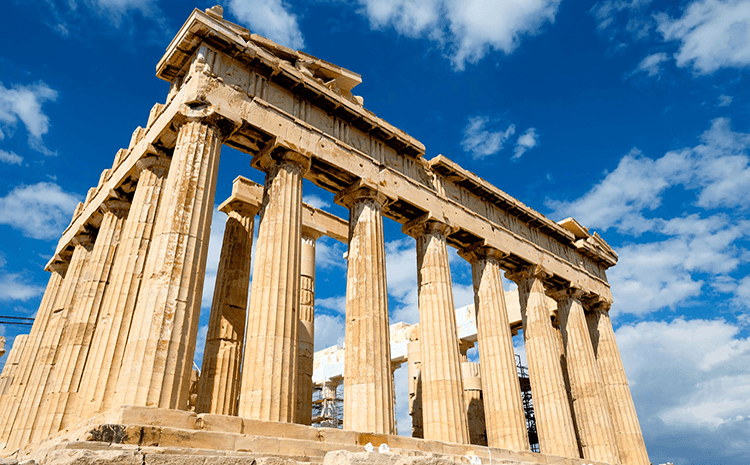 ACROPOLIS AND ACROPOLIS MUSEUM
The Parthenon Temple on the Sacred Rock of the Acropolis was dedicated to the ancient goddess of wisdom, Athena. In honor of Athena the city was named after her. It stands in its present form, since the 5th century BC and is a symbol of the prosperity, glory and prestige of the democratic Athenian city- state of classical times. In a short distance from the Acropolis, the Acropolis Museum presents the history of the monument with the findings from the site. The building of the museum is a monument of its own. Built with an interesting architectural design, with the provision the building to have plenty of natural light and a view of the Sacred Rock. 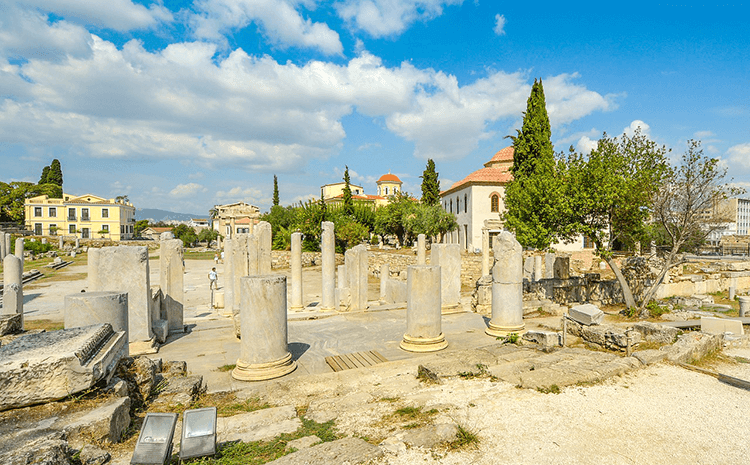 PLAKA – MONASTIRAKI – THISSIO
At the center of Athens, in the shadow of the Acropolis Rock, these three neighboring areas have been continuously inhabited since ancient times until today. Mansions and folk houses from the 19th century, Byzantine churches, public baths and mosques of the Ottoman period, museums, galleries and scattered ancient monuments among them give the special character that fascinates every visitor of Athens who walks on the same streets that have walked important personalities of the Greek history. The Ancient Agora, the Temple of Hephaestus, the Roman Agora, the Hadrian Library are the most important ancient monuments in the area. Along the Adrianou and Apostolou Pavlou streets, you will find restaurants and cafés as well as souvenir shops.

STAVROS NIARCHOS FOUNDATION CULTURAL CENTER
Since 2016 Athens has a new multifunction and environmentally sustainable center of education, art and recreation, the Stavros Niarchos Foundation Cultural Center (SNFCC), in an area that until 2003 was the venue of horse races. Within a 210,000 sqm park are the new buildings of the National Library of Greece and the National Opera House and the Faros exhibition space at the highest level of the buildings. The visitor has the opportunity to walk in paths in a lush landscape of gardens with a wide variety of trees and plants of the Mediterranean flora, fountains, alleys, and open spaces. The area is connected via Esplanade to the Olympic Complex of Faliro.

ONASSIS CULTURAL CENTER
The Onassis Foundation, on Syngrou Avenue, is a place for the promotion of modern culture that hosts events and activities across the artistic spectrum, from theater, dance, music, cinema and the visual arts to digital and hybrid art. The building, of unique architecture, has an exterior shell of light white marble that acts as a scenery that changes. The program of events and exhibitions is rich and varied with artistic groups from Greece and abroad. 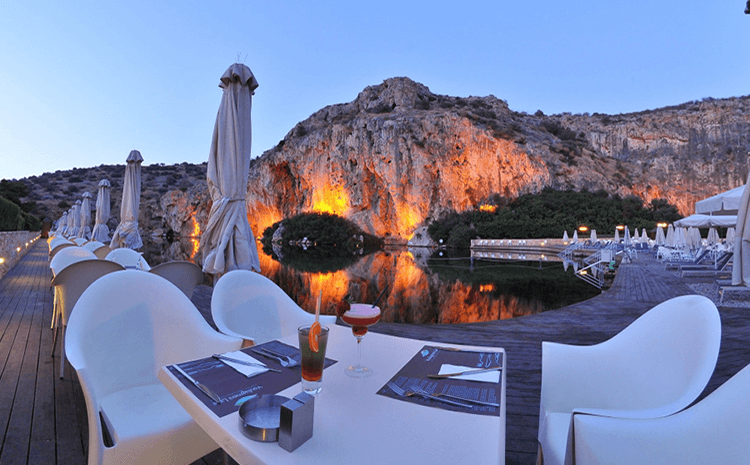 ATHENS RIVIERA KAI VOULIAGMENI LAKE
Sometimes the southern coastal front of Attica from Piraeus to Sounio is called the Athenian Riviera. The most important spots are the Flisvos Marina, Paleo Faliro, Alimos, Glyfada, Voula, Vouliagmeni, Varkiza, Lagonissi, Saronida, Anavyssos and Sounio. It is a popular destination for the residents of Athens as well as tourists, as there are some organized beaches and many free beaches, with easy access.
Half-way the riviera, in Vouliagmeni, the lake of the same name was revealed when the roof of an underground cave collapsed about 2,000 years ago. Vouliagmeni LakeThe water of the lake is brackish known for its healing properties due to the increased content of minerals and trace elements. 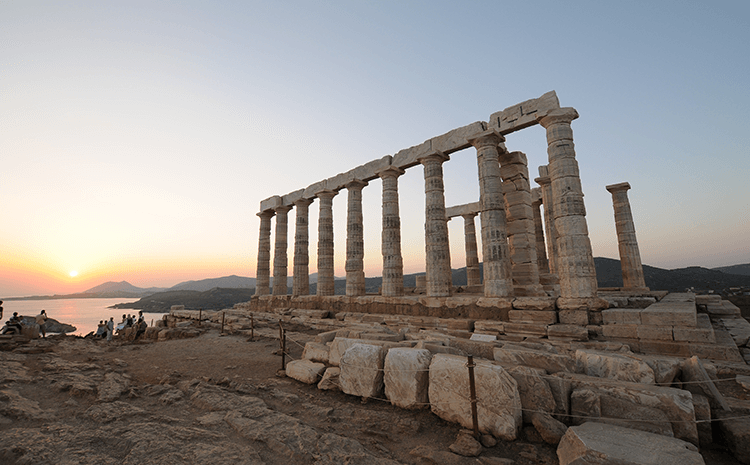 SOUNIO
The coastal avenue along the Athenian Riviera ends at Sounio, the southernmost tip of Attica, where the temple of Poseidon is stands on a vertical rock at the sea. The sanctuary was very popular in the Archaic period. The temple in its present form is the new temple that the Athenians built in 444 BC. The archaeological site is one of the most important in Attica and its greater area has been declared a National Park. Sounio is the perfect destination for an excursion and if you prefer to visit the site in an afternoon you will enjoy one of the finest sunsets you have ever seen.
VIEW ALL APARTMENTS